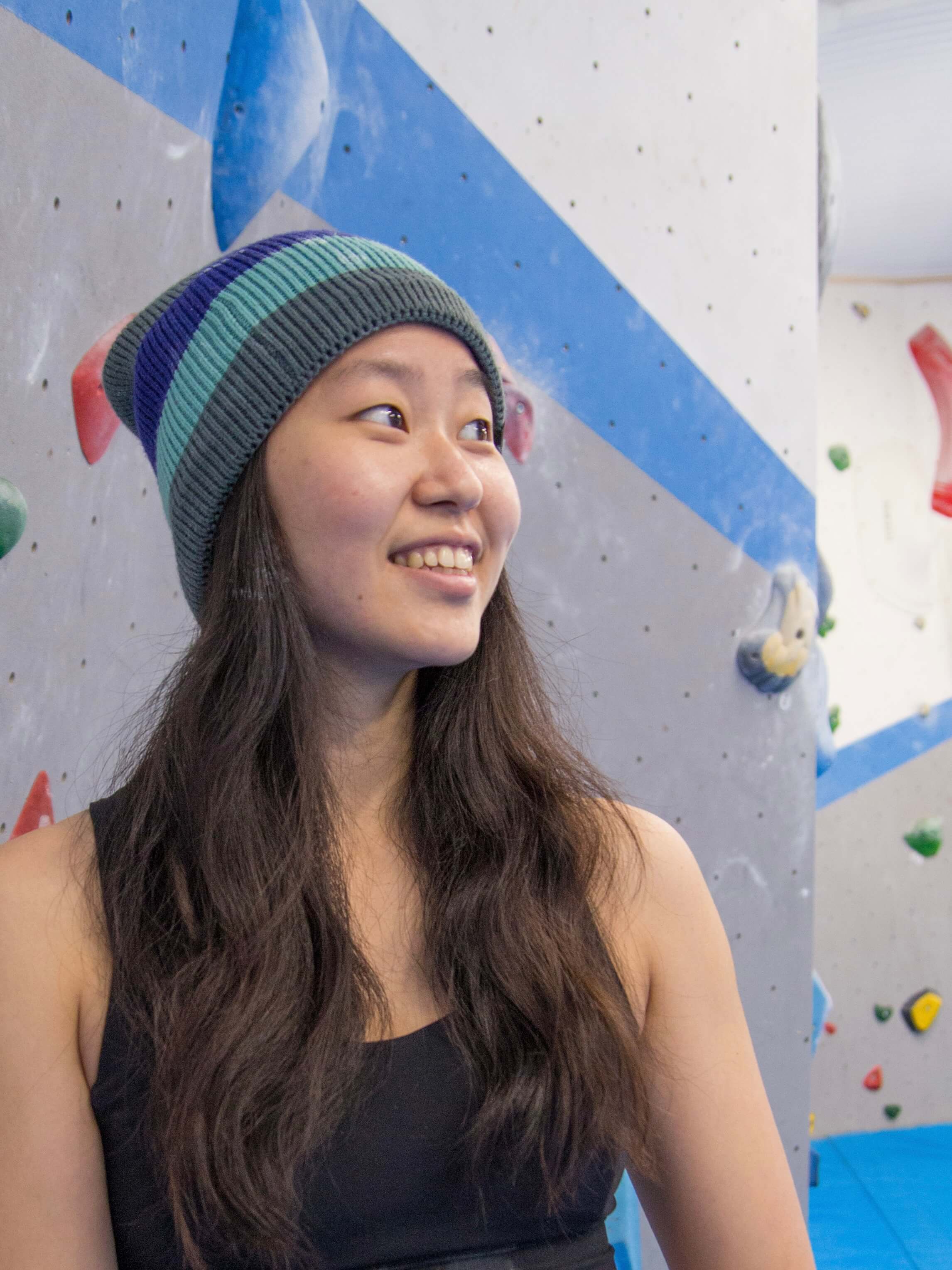 Elizabeth Zang was born and raised in South London, so didn’t have much exposure to climbing growing up. She then went to Oxford, another very flat city, for university so didn’t see any climbing in her student years either. She finally found climbing as an adult, following the London indoor climbing boom, and it quickly became a passion of hers. This late start has made her very conscious of the years of climbing she’s missed out on but it’s fuelled her desire to learn and progress with the right approach and mindset, and also meant she’s been alive to certain considerations she otherwise wouldn’t have thought about.

Elizabeth loves climbing for many reasons and it has helped her in many ways, but it has also been difficult at times. She started speaking about some of her experiences on her Instagram – Elizabeth Zang. What started as a digital logbook to record sessions became a place to share not just sends but fails, thoughts and feelings too. Her posts struck a chord with others online, and a kind and supportive online community started to build up around them.  Touched by the responses she’s received, Elizabeth is keen to continue using her platform to show the trials and fears that lie behind the send, encouraging openness about success and failure on a platform where sometimes only the former is portrayed.

In terms of climbing goals, Elizabeth is keen to make up for lost time and has a couple of big ambitions for 2022. Being based in London, she’s mostly a boulderer of the indoor variety, so her main goal for the year is to climb an indoor V8. But she also wants to get outdoors more as she’s really loved her outdoor climbing trips so far – all TWO of them! So, combining this with her desire to move beyond bouldering, her second goal is to lead her first outdoor route in 2022.

We use necessary cookies to make our site work. We'd also like to set performance, analytics & advertising cookies that help us make improvements by measuring how you use the site. These will be set only if you accept.