“This interview was carried out as the result of a Facebook Messenger conversation – it was one of those days where I realised how psyched the person I was chatting to was and I couldn’t let the opportunity pass to get that down on paper!

I’ve known Iggi through our Facebook community page for a while now and also as a client who’s worked with a few of our different training plans. A lifelong vegan, a parent and also a martial artist he seems to give 100% to almost everything he tries – and with amazingly infectious energy and enthusiasm too!

Further to that, he’s also been someone who’s in that 50s-60s block where training can often be seen as a thing that’s no longer relevant. Iggi totally proves this wrong – in abundance! He surprises even us at Lattice, but then at the same time he’s really humble about it and tries to help others on our community page. Very, very cool!”

Hi Iggi! Tell us a about you!

I am 61 years old – I was born in 1959 – although I seldom tell folks as they then tend to raise their voices, and my hearing is fine. I’m sometimes treated as if I’m on my way out!

I am a teacher by profession, having mainly taught English and Philosophy to international students. I’ve also done a lot of martial arts in my life, such as Wing Chun Kung Fu, Under Stephan Moore and Sam Kwok direct lineage to Ip Man. I also did Tai Chi, and basically trained like a demon trying to be the next Bruce Li!

How long have you been climbing and training?

I have been climbing for decades. I like the interaction, both with the people you meet and climb with, and with the rock; or plastic. When climbing well and at your limit it is like meditation. Your problems cease to exist, your job, car, economic status, wife, and even your ego ceases to exist. It is just movement; a dance; something primordial, and then if you top out the wave of euphoria and the sense of achievement is supreme, almost magical. That’s what I like most about climbing!   .

What initially lured you into climbing?

A friend of mine, who was always competitive with me, said he’d tried climbing the week before and asked me if I wanted to join him. I said yes and went. It was like finding my path, my totem. I took to it like a duck to water. I never stopped going after that, I was hooked. (He never went again!) A few lads saw me climbing and asked me to join their club – The Fylde Mountaineering Club. They took me under their wing, and outdoors!

You’ve obviously done well on the training we’ve given you – are you new to it?

I have actually been training for many years. I used to watch, like many of us, the VHS vids of the Americans and Ben and Jerry training and climbing. I had a drive to improve almost from day one.  I built, what must have been, one of the first privately owned systems boards and campus boards in this neck of the woods. It changed a great deal over time as knowledge was gained but I loved it in all its manifestations.

Have you noticed any difference with changing age?

The biggest difference is that I have now moved from powering up routes or boulders to being more efficient and trying to flow up routes to conserve power.  I think it takes me slightly longer to recover these days, especially after a big training session; but, strangely, when I am training, I can keep going far longer than the youngsters! I might pay for it the next day but when I get going the batteries keep running!

What gives you the fire to be so motivated all the time?!

To get back into 5.13s, 8a or harder! I used to climb hard but I broke my back in a climbing accident many moons ago and have failed to get back into the 8s since. Probably as much to do with the psyche as well as my aging body. The drive has always been there; and still is.

Have you had any setbacks in climb at all? I feel like pretty much everyone has had something go wrong at some point…

When I broke my back – not good. In short, four of us set of for the crag: Anglezarke. I had an up-and-coming trial for the British team after someone had spotted me doing circuits on a few routes: going up a 7c+ and down a 6b+ and back up etc. It was March and I’d gone to look at some E6 6b’s to the left of Golden Tower. There were a few of them and I thought it would be good training. Knock ‘em out one after the other. Anyway, my friend went up a route placing gear as he went up. Got frightened and came down. It was dross. He asked me to finish it saying it would only take me a moment. I went up and tried to finish the route. Fell off and all the gear he put in, and a piece I put in, ripped – so the rope was made redundant.

The miracle is that I hit the only flat rock around. I was air lifted to the spinal unit at Preston Royal Infirmary. Where I was told I’d broken my back: L1, L2 and L3. I was told that I am very lucky that I can now walk and climb but…  It has taught me many things, not all of them positive, but needless to say, through suffering comes growth and I see it all as grist for the mill.

Those days are long behind me now and I’ve I’ve discovered Lattice and the Crimpd App I am making gains and finding form. I’m looking forward to a non-virus environment when I can go out and crush again. My finger strength has increased, two rep max has increased and so has my flexibility. I thought that age might prevent my flexibility getting better more than it would perhaps my strength but I’ve seen a 16 cm increase in my box blitz just since March!

Thanks so much for this Iggi – it’s been great chatting to you and getting some insight into your journey. Really cool that you’re doing it decade after decade as well. I think everyone will find this pretty reassuring and inspiring that much more is possible, no matter what your situation or age! 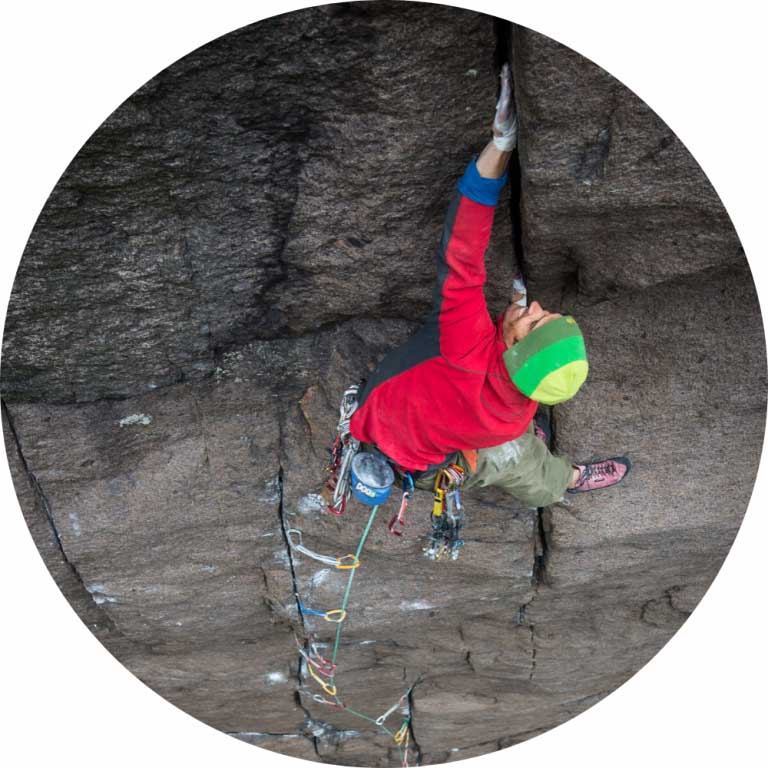 Adam Ondra: By the Numbers