Adam Ondra: By the Numbers

I think most people would agree that Adam Ondra has a fairly respectable ticklist, but just how good is it? We thought it’d be interesting to dig in to his 8a.nu routes scorecard in a bit more detail to see if we could work out a secret trick to climbing 9b+ (spolier: there is no secret trick).

So let’s start with the basics, what’s he been ticking per year? 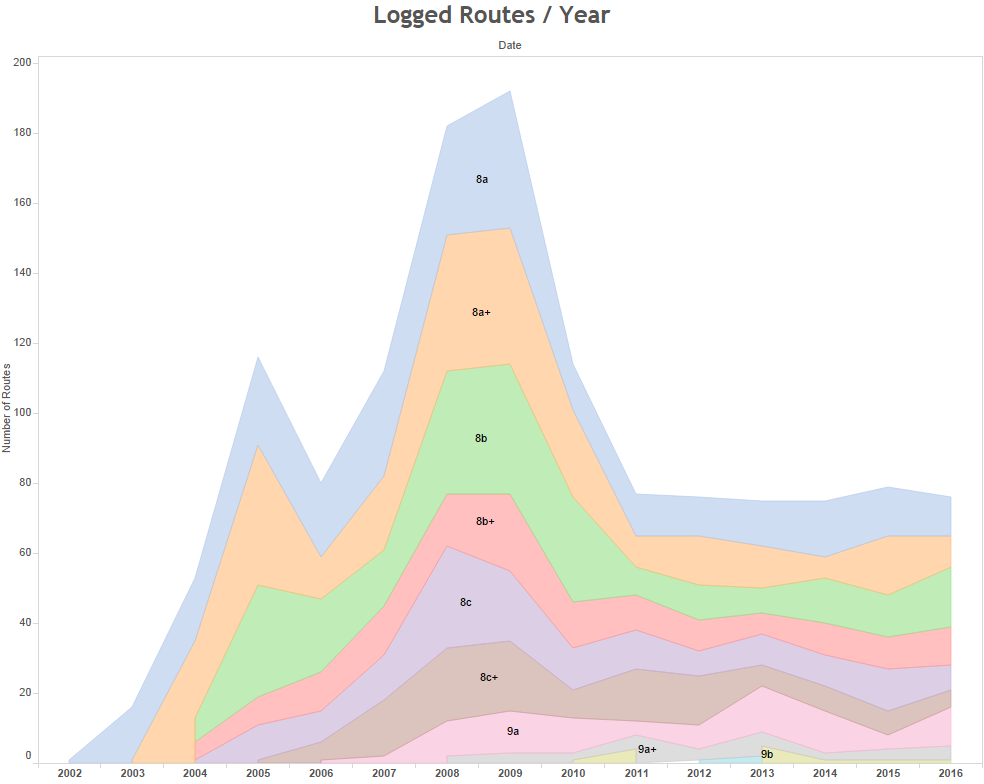 Right off the bat we can see that he logged a lot of routes between 2008 and 2010, a big chunk of which appear to be things in the 8a-8c range. My guess is that he still climbed quite a few routes in the 8a-8c range after 2010 (gotta warm up on something!) but chose not to log them for whatever reason. This is something we’ll probably want to bear in mind.

Let’s have a look at how his per grade numbers look. 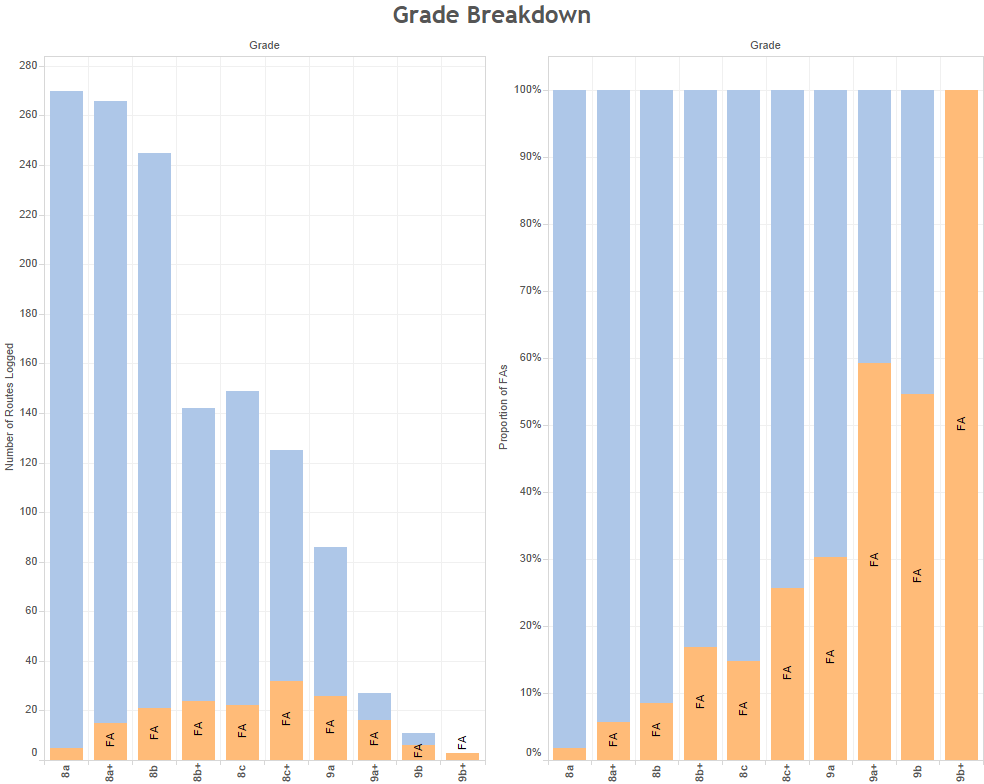 That looks like a fairly healthy pyramid to me, well done Adam! Having said that, there’s some noticeable jumps from 8b-8b+ and 9a-9a+. This is speculation on my part, but I’d guess the 8b-8b+ gap is more a product of a partial logbook than any underlying trend. The 9a-9a+ gap is potentially more interesting (assuming routes >9a are interesting enough to log), it may be that there are just fewer 9a+s to try which would also explain why 59% of his 9a+ ascents are first ascents (FAs) (vs. 30% at 9a).

We could also look at what proportion of FAs he’s doing per year. 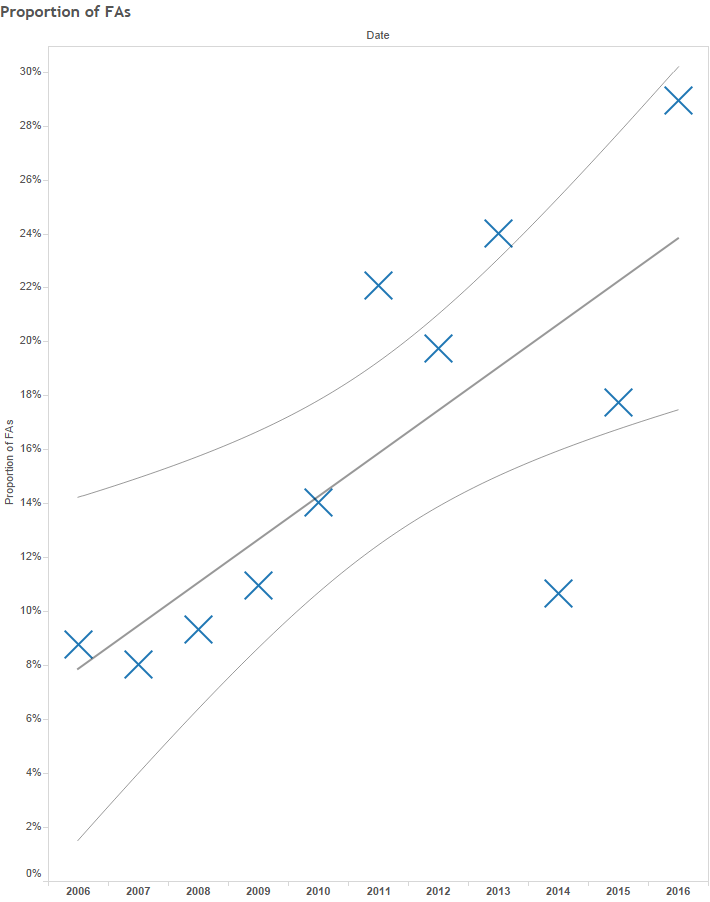 We can take this with a liberal pinch of salt (notice the big old error bars there), but it looks like Adam’s been putting up a high proportion of FAs in recent years. He may well be running out of existing hard routes to try, thus are the difficulties of being one of the best climbers in the world! 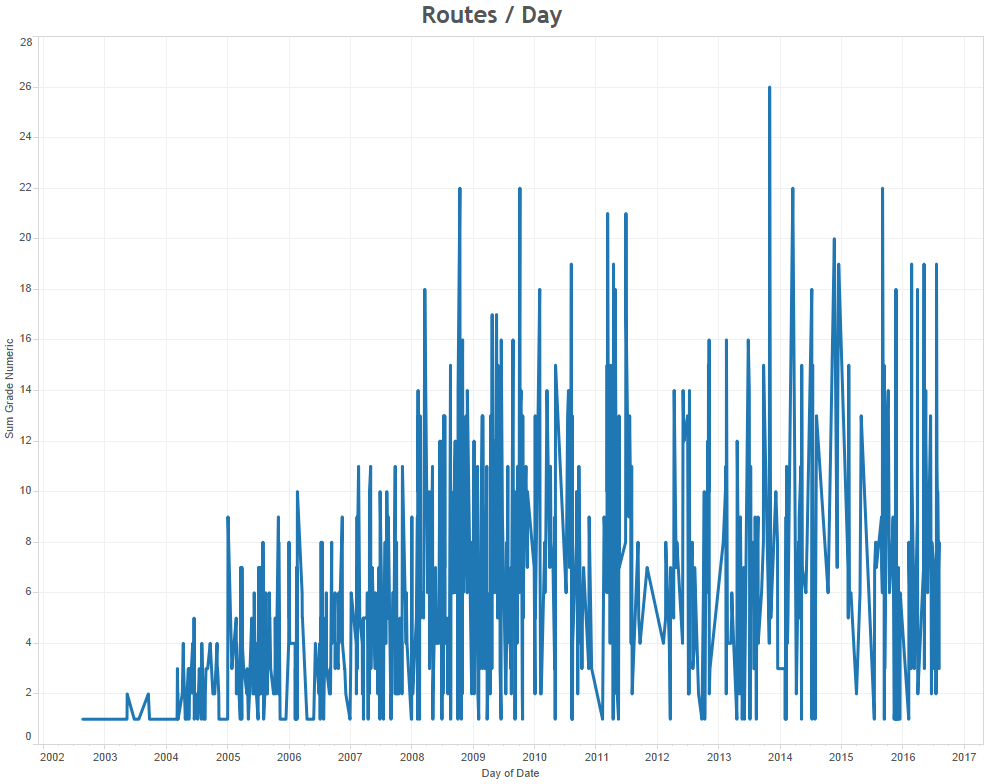 This is quite noisy but a few days stand out, in particular 28th October 2013:

Not bad for a days work!

I suspect if his logbook was a little more complete there would be some other big days in there, but unfortunately we probably won’t hear about them. It would also be interesting to take into account the style of the ascent (onsight vs redpoint for e.g.) but I didn’t capture that data.

Now Adam’s a fairly well travelled guy, so I wonder if he’s got any favourite crags? 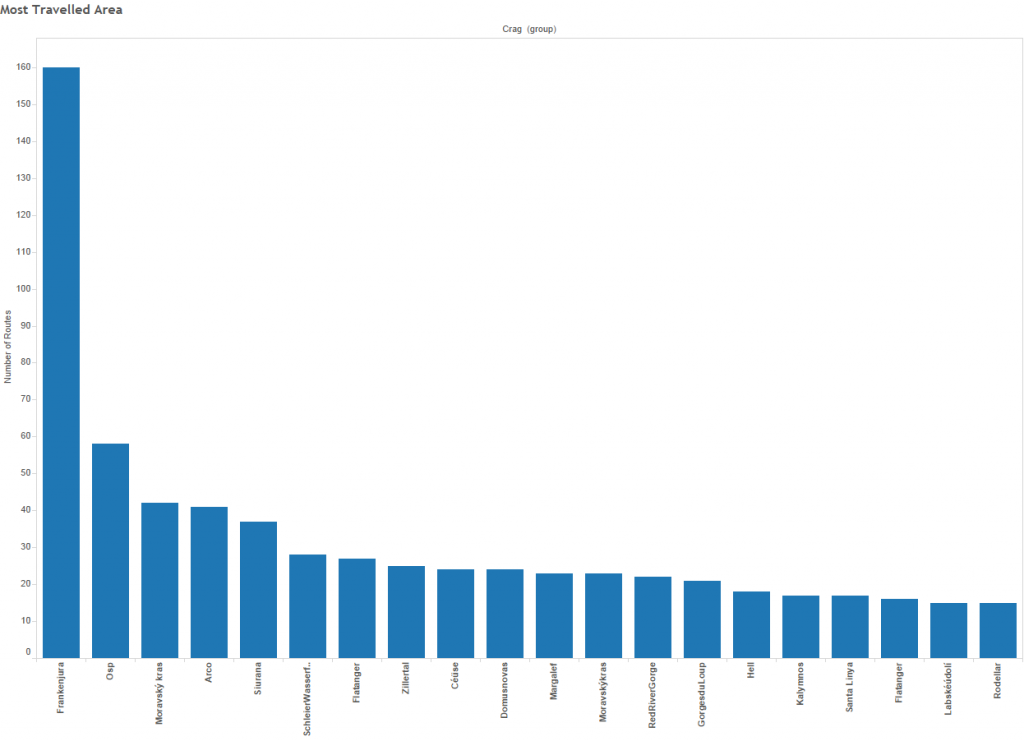 Looks like the Frankenjura is the place to be! But want if we’re only after quality, hard FAs by the man himself? Let’s rank by numeric grade * star rating and only look at FAs. 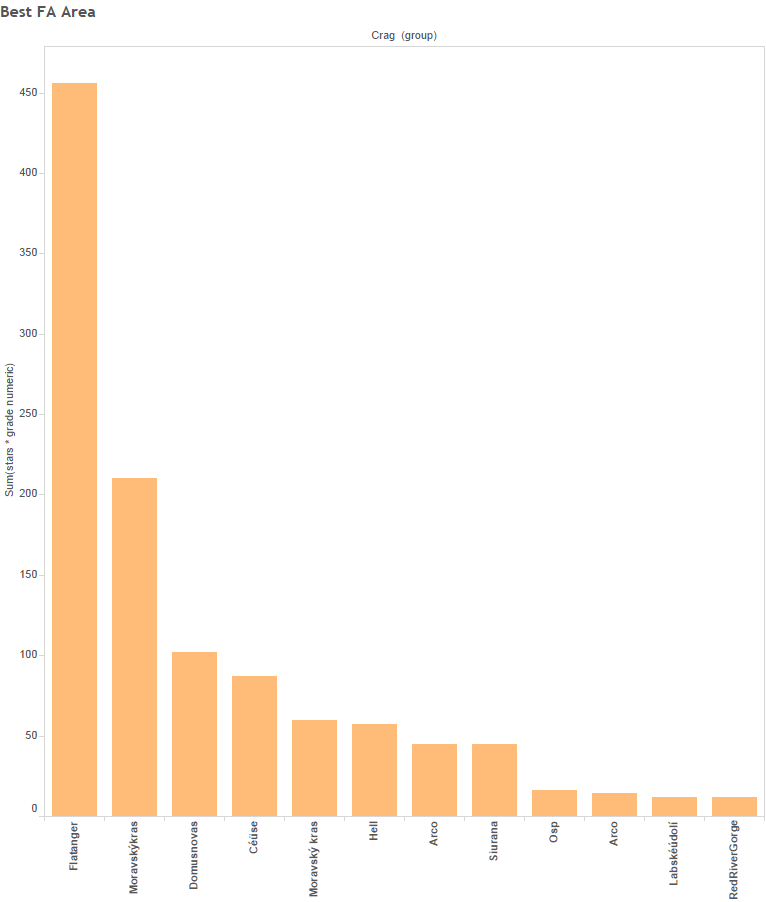 Finally, and perhaps most importantly, what’s the best day to try and send your project? If we look at average grade by the day of the week… 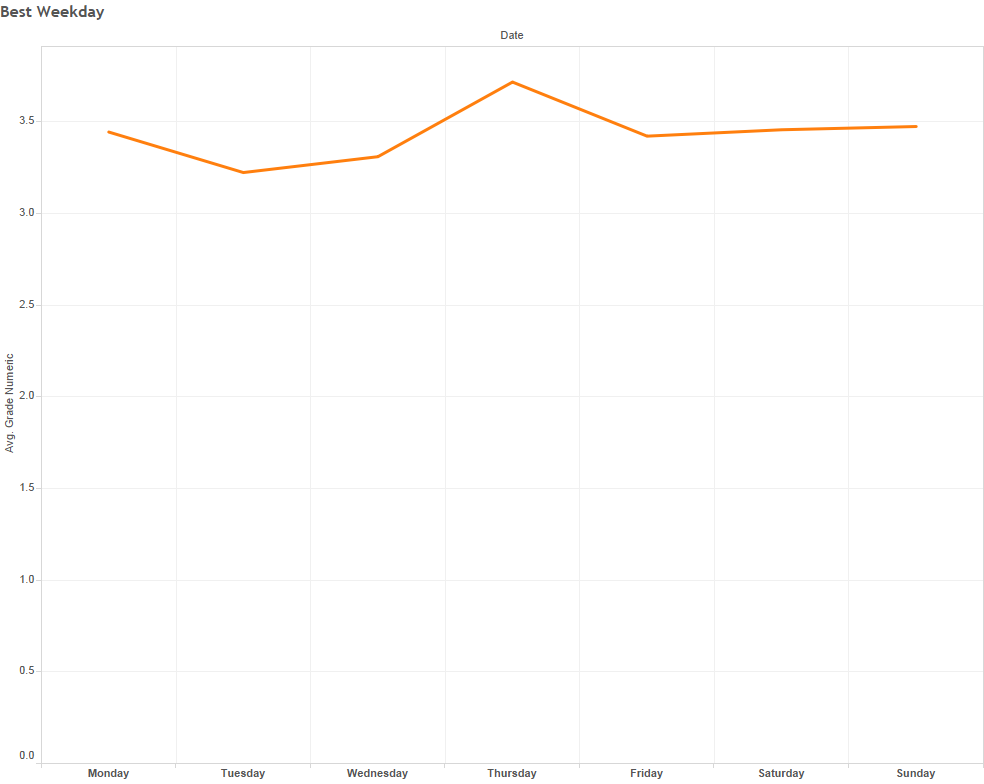 There we have it! Thursday is prime ticking day, go forth and use this knowledge wisely!

Anyway, enough silliness, I hope this was marginally interesting. If you’ve got any other ideas for fun bits of analysis drop us a message on our facebook page. Happy geeking!

Planning Your Bouldering Training: What Matters?