In our previous post we looked at user ratings for ascents in the 8a.nu top 100 female/sport/boulder database. We missed an important detail though…when an ascent is logged a default rating of 0 stars is given (thanks to NP for the spot!) 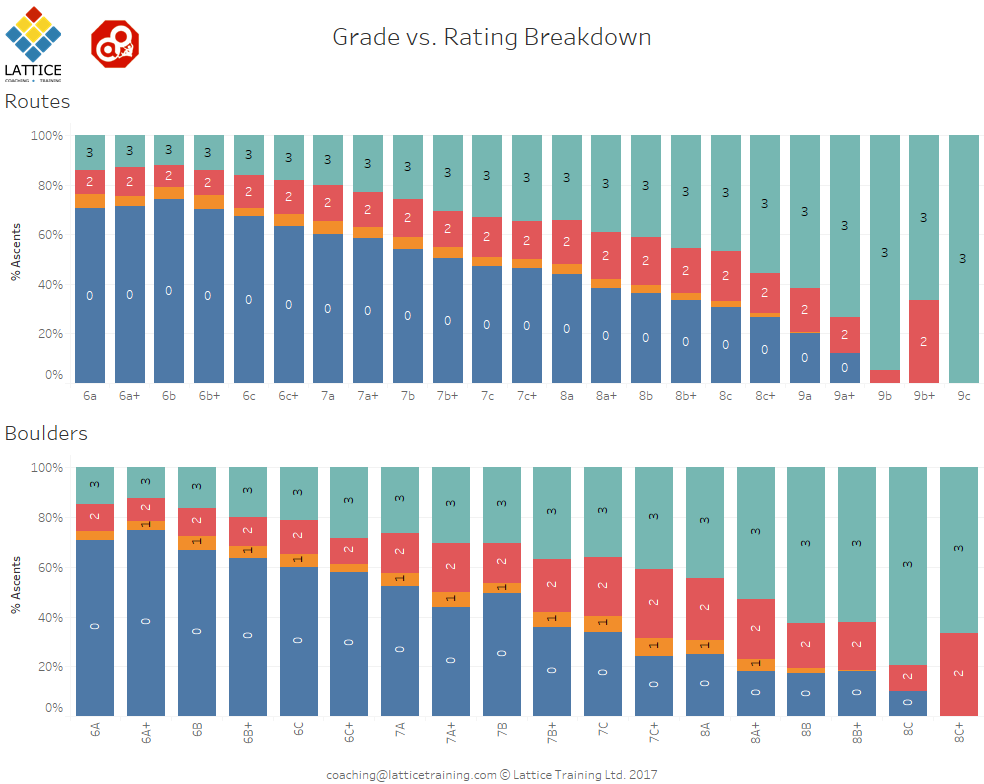 For both routes and boulders, we see their is a significant decrease in the proportion of 0 star ratings given as grade increases. This begs the question, are these 0 star ratings ‘real’ or are they users choosing not to rate their ascent? If it is the latter then we should take out these ratings, as they’re not really ratings at all.

With all the 0 star ratings removed, our graphs look like this 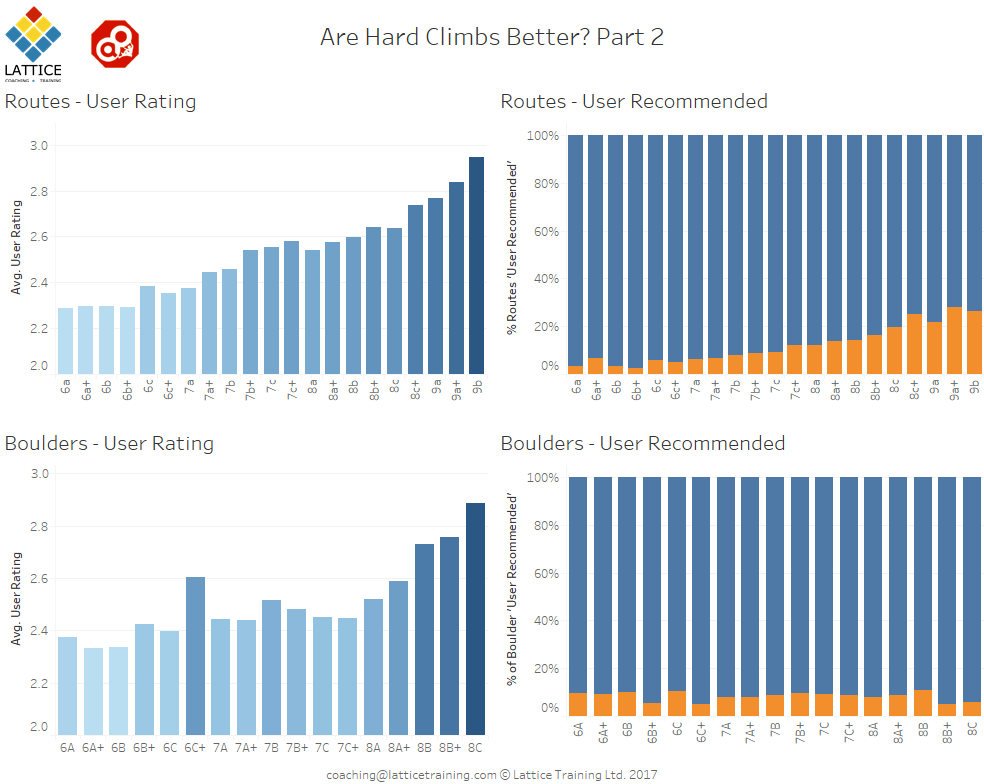 and here’s the original for comparison 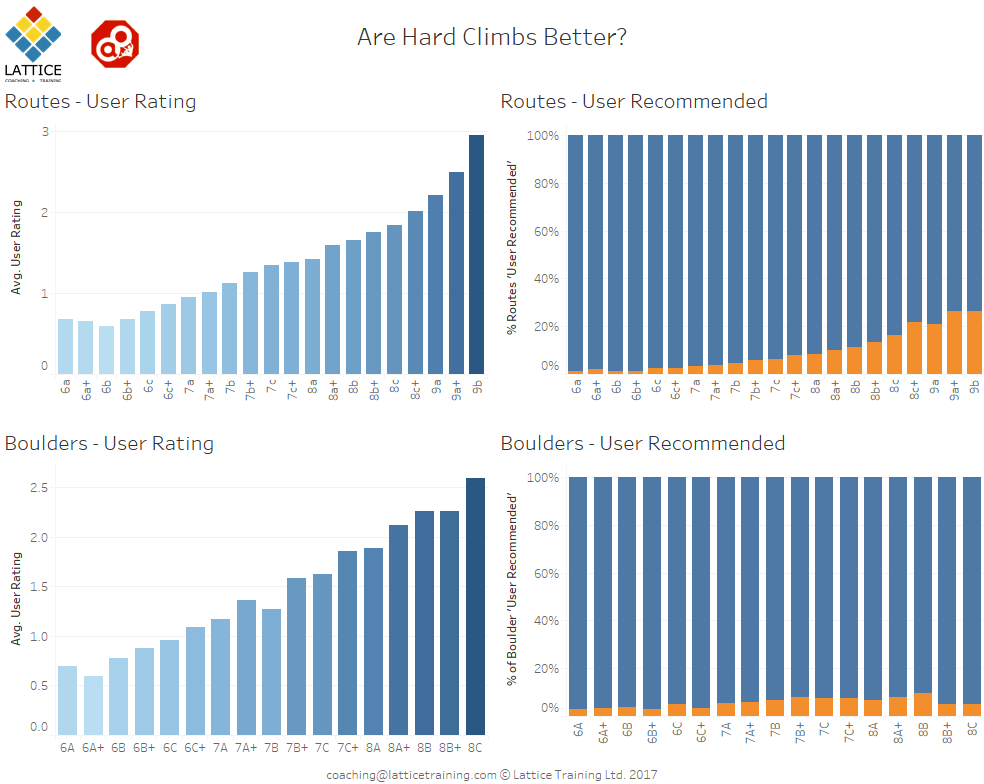 Note that there is a significant difference in the scales used on the User Rating graphs! Whereas in our original analysis the lower end of the scale was starting at a average rating of ~0.7 stars we’re now starting at a rating of ~2.3 stars.

Interestingly it appears that hard routes still get a higher rating, though the effect is smaller than was suggested in the original post. It’s not clear that the trend is present for boulder problems, though.

Thanks again to NP for spotting the issue.